June 17, 2019
On my primary school bus—Number 14—there was a boy from Maroochy High who was in grade ten while I was in grade five. He had badges on his schoolbag from bands he liked, and used to share their music on his MP3. We called him Frenchy because his name was Francis.

I used to go to the store with my mum. She was a good sport, buying me black clothes and nail polish, and helping me select pins. There's this fantastic series of photos of me at Christmas at my grandparents' house, wearing a collection of black clothes and accessories that my mum provided for me to facilitate this 'I'm allergic to colour' phase of my childhood.


When I went to Sunshine Plaza dressed like this, I used to exchange glances with the crowds of emo kids outside the doors near the bridge, who would gather there with their swooping black hair and cigarettes. They probably saw me as some adorable child wannabe—the way teenage-me might have looked at a similarly dressed nine-year-old—but I stared at them purely with wanting. I was a little too young to properly ride the emo wave the way I might have otherwise.

At some point between year five and year seven, I stopped just wearing the badges for their own sake, and started listening to the music that led to their creation. I was into Green Day and Simple Plan, and then Good Charlotte, Sick Puppies, 30 Seconds to Mars, and Kisschasy. I had their albums, and would listen to the songs on a CD player that Dette (my grandma) bought for my bedroom.

My Chemical Romance, Fallout Boy, and Panic! at the Disco became staples as I grew older, especially once I'd graduated from my CD player to my own MP3 player. I resisted buying an Apple iPod because they were too cool for me (or I was too cool for them?), and instead bought a Creative ZEN Neeon MP3 player (and was subsequently bullied on the bus for being weird). 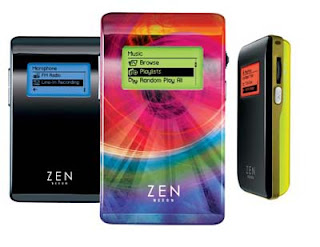 Somewhere in this window, emo culture went from being popular to being an underground movement again. Wikipedia claims that the popularity of emo culture didn't wane until 2010—the year I graduated highschool—but at my school, that's not the case. Scene kids became the popular subculture, with emo kids fading into the background. Arguments started about the similarities and differences between scene and emo and goth, and I ignored them by listening to Disturbed in the back row of my art class.

I've always been interested in subcultures, since long before I realised what they were. I was never one of  the popular kids and I didn't do a very good job at fitting in at school, even when I was so young that I didn't know how to be anything but myself. It just didn't come naturally to me.

I was too smart for my own good, so I was called a nerd from an early age. I also played videogames, so I was a geek too. At some point I realised I was different whether I liked it or not, so I stopped doing it accidentally and started making it an active choice. Leaning into emo subculture—or something adjacent to it—was the first time I'd chosen to align myself with a group, rather than being told I was part of it without having a say. It also felt more powerful than being a nerd or a geek; nerdiness was seen as a weakness, whereas dressing in black and listening to emo music made the popular kids nervous.

I'm happily a nerd nowadays, and I'm probably more emo (goth?) now than I was as a kid. Somewhere post-highschool I also realised I was queer and, since coming out, found myself in the LGBT+ subculture too. These subcultures—and the communities that form around them—are full of messy politics, just as much as broader cultures are, if not moreso.

Sexuality was a big part of the emo movement, back in the day. I remember everybody announcing their bisexuality on Myspace, just as I was starting to figure out what that meant and that maybe I was that. The bi emos were mocked for pretending to like the same gender just to impress the opposite gender, with girls kissing girls just to impress boys. (At this stage, our collective understanding of gender was still very binary, and evidently very heteronormative.)

I actively avoided putting any sexuality on Myspace, and then Facebook, because it felt disingenous to go with a heterosexual option, but attention-seeking to go with what I was beginning to figure out was the truth. It took me years to untangle those feelings.

Subculture is both more and less important to me now that I'm out of school. Nobody cares about the discrete cliques we belong to nowadays or the labels we use, so drawing those lines and announcing them on the internet doesn't matter. But I've also realised the political power of subcultures. Being part of a group that has views that don't align with the mainstream and who push against the accepted norms has been integral to my advocacy and activism. Without that, I don't think I would have become an activist at all.

In writing this, I needed to reflect on the subcultures I was and still am part of, and it made me wonder what subcultures are alive now. What communities are young people joining to fight against mainstream views and accepted norms? I wish I hadn't Googled it, because now I know about 'haul girls' and their existence upsets me.

Somewhere along the line, I think people have forgotten what subculture is. Apparently, haul girls are defined as 'Taking a bi-weekly shopping spree and showing off your haul on YouTube'. They are potentially 'perky', they probably 'venerate the gods of materialism with their large closets', and they are definitely looking for sponsorships and brand deals.

This isn't subculture. This is just... culture? This behaviour just takes mainstream capitalism and turns it into an expensive fame-seeking hobby for teenagers. This 'subculture' captures the behaviour of the popular girls at school, not a way for the unpopular, the bullied, and the suffering to resist the popular pathways.

I didn't realise at the time just how much the subcultures I was a part of—both those that were assigned to me without my consent, and those I chose to join as a statement or an identity—altered the ways I interact with the world, and understand myself. If the 'subcultures' of today and so tightly entwined with capitalism, the internet, and popularity, where are the outcast adolescents finding their solace now?

Although it hardly outweighed the displeasure of sitting exams, the one benefit of being in exam block was that senior students could come and go from the school whenever we pleased. Well, that's not altogether true; we were supposed to remain at school once we arrived and only leave once all of our exams were complete, but absolutely none of my peers followed this rule.
We went to the Foodworks a few blocks from the school to buy treats like chocolate frosting and Red Bull. The latter tasted like medicine, but I drank it as I leaned against the lockers, grimacing with each swig like it was hard liquor. It helped keep my brain moving too fast through my exams, which must be—at least in part—responsible for the decent grades I ended up with at the resolution of my high school career.
I didn't revisit the joy of R…
Read more

It was my birthday. I don't remember which, but I was still living at home and, as a birthday treat, I was allowed to choose what we had for dinner. Dette and Kev (my grandmother and grandfather, on my mother's side) were there, and we were sitting in our usual seats at the dark wooden dining table.

This table—on the carpet in the L-shape between the lounge room and the kitchen—holds the memories of my childhood dinners. When I think about it harder, I remember that we used to sit out on the tiles near the computer room on a table of much lighter and softer wood, and I remember wandering with my parents through Amart looking for the ideal dining table. I remember sometimes eating outside in the indoor-outdoor room, or eventually on the deck they built. But the dinners of my childhood, at first glance, were all at this table in this specific space of that specific house.

Our old dining table became my desk. It went into the spare room, and I used to write on it with such a heav…
Read more
Just as our memories are disjointed, messy, and chaotic, so should be our memoirs.